If you wish to spend a dream holiday in Gran Canaria, choose Playa del Inglés. It is one of the most popular areas, located at the south of the island, and offers a multitude of options for enjoying your stay.

Located between the beaches of San Agustín and Maspalomas, Playa del Inglés stretches for 3 kilometres along the south coast of Gran Canaria. There, tourists and residents visit throughout the year to enjoy the good temperatures of the island, achieving exquisite tans and refreshing themselves in the warm blue waters.

It is found just 15 minutes from the airport and has excellent bus connections for reaching any area of the island that you wish to visit.

One of the best known places is the Dunes of Maspalomas,  desert of golden sand located at the south of the island, alongside Playa de Maspalomas beach, which can be crossed on foot or on a camel.

However, in Gran Canaria the landscape is not just sand; in the interior of the island green is predominant in the Pinar de Tamadaba natural park, the Barranco de Guayadeque ravine and the valley which surrounds the town of Santa Lucía de Tirajana. The island also has volcanic craters, such as the Calera de Tirajana, and a beautiful Botanic Garden.

Its picturesque towns must also be visited: Fataga, Agüimes, Tejeda and Artenara are just some of the places which are certainly worth discovering.

Don’t you want to begin your holiday in Playa del Inglés, Gran Canaria? Make your reservation now at Hotel Eugenia Victoria & Spa ***. You won’t regret it! 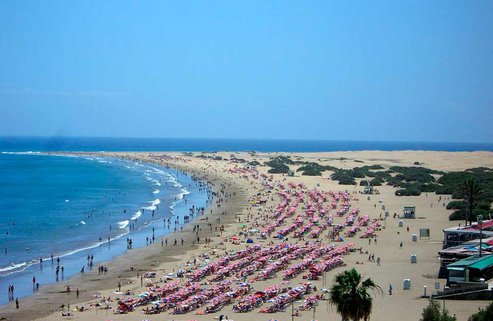 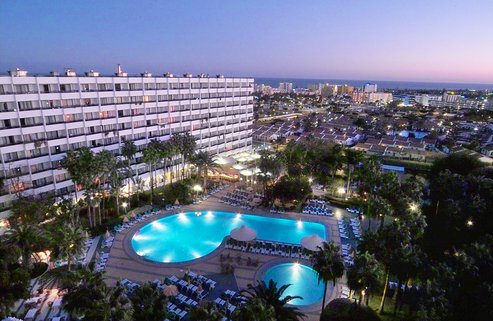 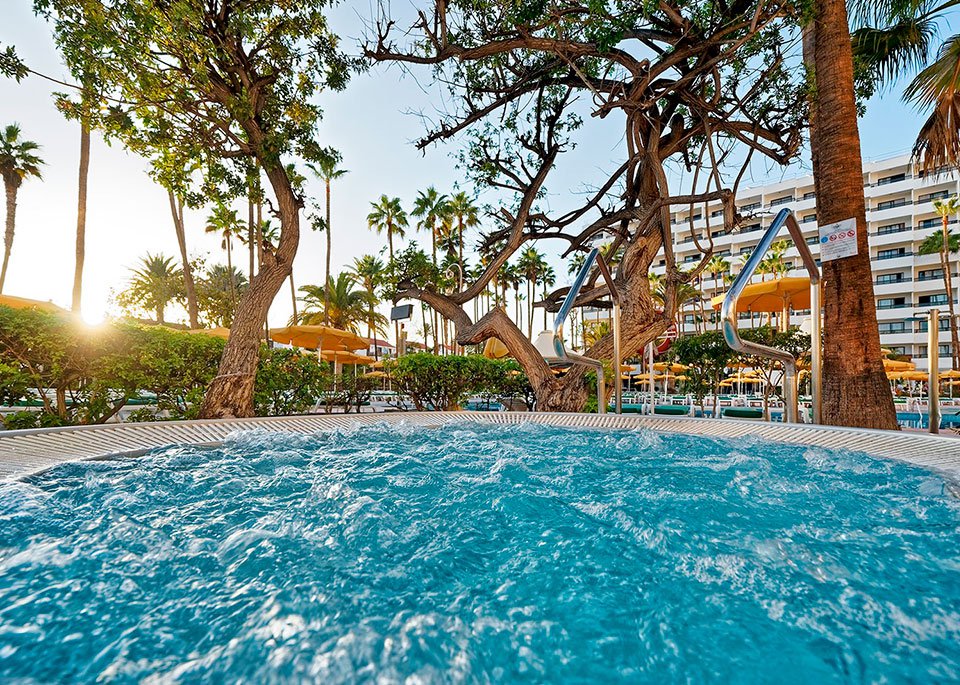